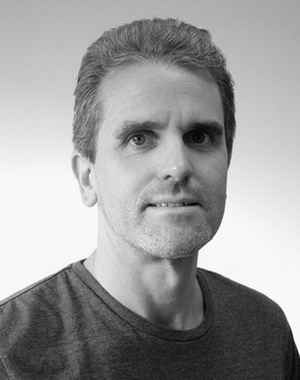 What is the worst job you’ve ever done?
De-rigging 2 x Smart Masts, in the dark, on top of an overflowing cesspit at a 5 star hotel between Nice and Monaco, and having to ask for assistance from the other engineers on site as I couldn’t do it on my own

If you could edit your past, what would you change?
To have realised that I should have taken up cycling around north Wales much earlier in life than just in the last 6 months before moving away

How did you end up doing what you do?
Was trapped for a week in the most boring conference ever at Olivetti near Hindehead, turning a video camera on and off every day, with Paul Dobson, at the same conference, operating the sound.  At the end of the week Paul had decided to start his own business, Dobson Sound, and I decided to work with him as a freelancer…

Proudest work achievement?
Buckingham Palace to Westminster Abbey for the funeral of HRH the Queen Mother on a 7 day lead time

Best concert / gig you have ever been to?
Zoo TV : U2 at Wembley (Dobson didn’t do the sound)
Kraftwerk 1- 8 Tate Modern (Where Dobson did the sound)

The track to play to show off your eclectic tastes?
Bus Stop Boxer By Eels

The track you wish you’d never heard?
Fields of Bali by Eva Cassidy

The track you’d play at sunset in Ibiza?
Slummin’it for the Weekend by Karl Hyde / Brian Eno Re-mix

The Easter Passion with #wintershallplayers @trafa